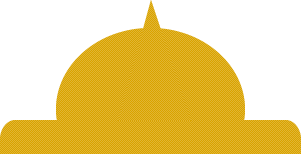 The name of the religion is Islam, which comes from an Arabic root word meaning “peace” and “submission.” Islam teaches that one can only find peace in one’s life by submitting to Almighty God (Allah) in heart, soul and deed. The same Arabic root word gives us “Salaam alaykum,” (“Peace be with you”), the universal Muslim greeting.

Who Is A Muslim?

How Many And Where?

Islam is a major world religion, with over 1 billion followers worldwide (1/5 of the world population). It is considered one of the Abrahamic, monotheistic faiths, along with Judaism and Christianity. Although usually associated with the Arabs of the Middle East, less than 10% of Muslims are in fact Arab. Muslims are found all over the world, of every nation, colour and race.

Allah is the proper name for Almighty God, and is often translated merely as “God.” Allah has other names that are used to describe His characteristics: the Creator, the Sustainer, the Merciful, the Compassionate, etc. Muslims believe that since Allah alone is the Creator, it is He alone that deserves our devout love and worship. Islam holds to a strict monotheism. Any worship and prayers directed at saints, prophets, other human beings or nature is considered idolatry.

What Do Muslims Believe About God, Prophets, The Afterlife, Etc.?

The basic beliefs of Muslims fall into six main categories, which are known as the “Articles of Faith”: Faith in the unity of God Faith in angels Faith in prophets Faith in books of revelation Faith in an afterlife Faith in destiny/divine decree

The “Five Pillars” Of Islam:

In Islam, faith and good works go hand-in-hand. A mere verbal declaration of faith is not enough, for belief in Allah makes obedience to Him a duty. The Muslim concept of worship is very broad. Muslims consider everything they do in life to be an act of worship, if it is done according to Allah’s guidance. There are also five formal acts of worship which help strengthen a Muslim’s faith and obedience. They are often called the “Five Pillars of Islam 1.DECLARATION OF FAITH (SHAHAADAH) Fundamental to a Muslim’s spiritual life is the declaration of faith (shahaadah). Here you can explore the deeper meaning of the declaration: “There is no god but Allah, and Mohammed is the messenger of Allah.”
2. PRAYER (SALAT) Muslims pray at least five times a day. Muslims are commanded to perform prayers five times a day, as performing salat is obligatory. Salat consists of the repetition of two or more units of a prescribed sequence of actions and words. Salat is prescribed at five periods of the day, which are measured according to the movement of the sun. These are: near dawn (fajr), just after noon (Zohar), in the afternoon (Asr), just after sunset (Maghrib) and around nightfall (Isha)
3. ALMSGIVING (ZAKAT) Muslims give a small percentage of their annual savings as alms or charity, called zakat.
4. RAMADHAN (FASTING) Every year, Muslims spend one entire month in daytime fasting during the month of Ranmadhan.
5. HAJJ (PILGRIMAGE) The Hajj is the pilgrimage to Mecca, Saudi Arabia. It is the largest pilgrimage in the world, and is the fifth pillar of Islam. Hajj is a religious duty that must be carried out at least once in a lifetime by every able-bodied Muslim who can afford to do so. The Hajj is a demonstration of the solidarity of the Muslim people, and their submission to the one God, ALLAH.

Daily Life As A Muslim:

While often seen as a radical or extreme religion, Muslims consider Islam to be the middle road. Muslims do not live life with complete disregard for God or religious matters, but nor do they neglect the world to devote themselves solely to worship and prayer. Muslims strike a balance by fulfilling the obligations and enjoying this life, while always mindful of their duties to Allah and to others such as morals and manners, business ethics, modesty in dress and behaviour, dietary rules, marriage, care of children and elderly, racism and prejudice, relations with non-Muslims. 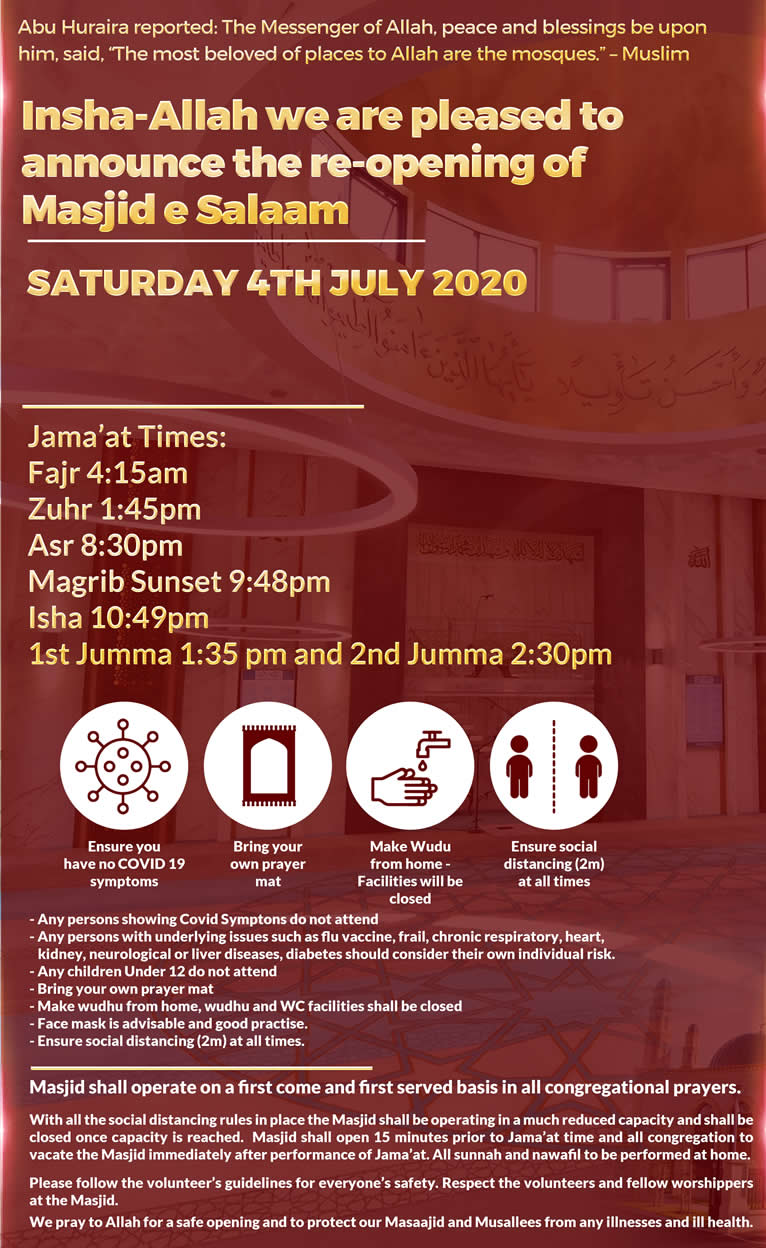